The Different Types Of Nian Gao 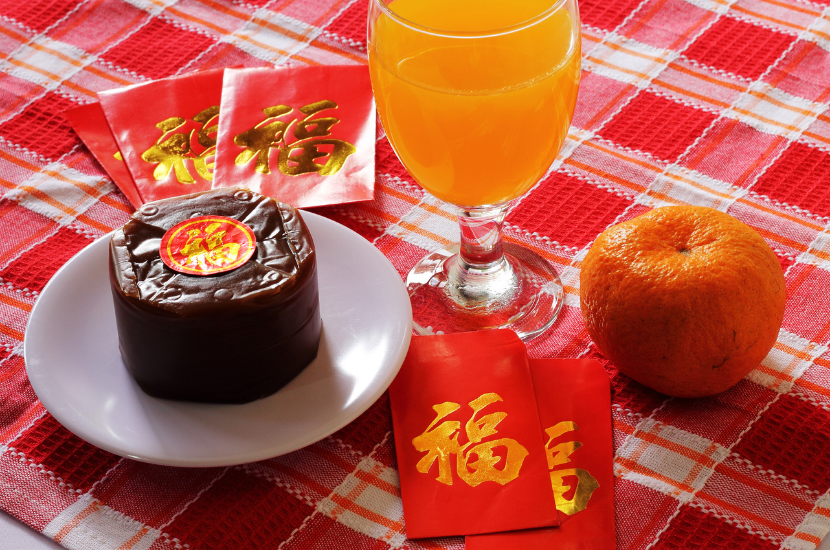 Nian gao (年糕) is a traditional dessert made of glutinous rice flour, wheat starch, water, salt, and sugar. It is a lucky food eaten during Chinese New Year because of the word gao, which sounds like the word gao (高) for “high” or “tall”. Thus, it is consumed by people with hopes that every year they can rise in ranks, positions, and status. There is also a legend that nian gao is used as an offering to the “kitchen God”, a deity placed in Chinese homes to report its findings on the family to the Jade Emperor. Hence, the nian gao is offered to this deity so that its stickiness will prevent the deity from telling the Jade emperor about the family’s misdeeds and bad behaviours in the past year.

It is said that nian gao can be traced back to as early as 1000 years ago, when the people in Beijing in the Liao dynasty (905-1125) ate nian gao on the very first day of the lunar year. As time passed, due to there being many states and each of them having different cultures and cooking methods, variations of nian gao were made. That is why we now have different types of nian gao.

It has been observed that people in North China enjoy steaming their food. They love to eat steamed food such as dumplings and buns, and thus love to have their nian gao steamed as well. For them, steaming represents prosperity and that their simple wishes are coming true as the days pass. The kind of rice cakes they make in the North are white and yellow rice cakes which tend to be sweet. In Shanxi and inner Mongolia, the people there deep fry the nian gao and add fillings consisting of red bean paste and mashed jujube. 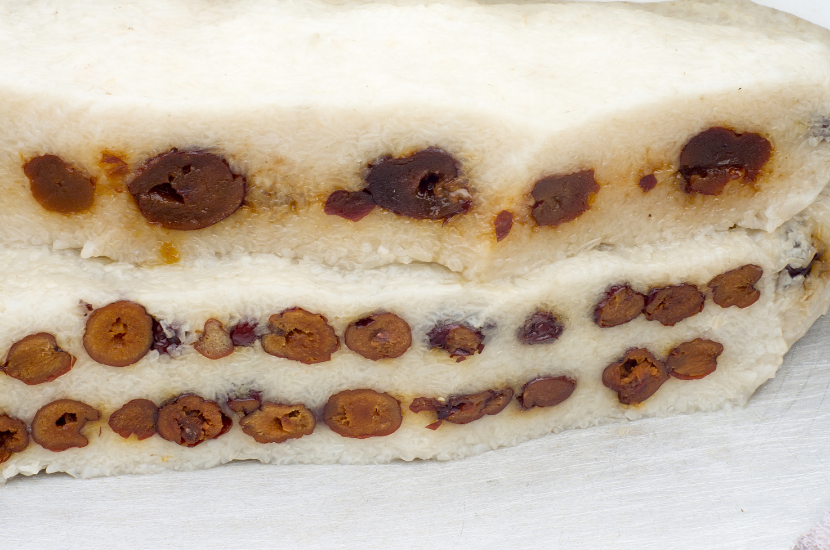 The old Beijing rice cakes are rectangular cakes, with the ingredients interchanging between layers of yellow rice or rice noodles and jujube (red dates), peas and red beans. They are usually offerings for the Manchurians to the dance Gods. There is another type of Beijing nian gao, in which the cake is steamed in flower molds dotted red in the centre and with a jujube added.

On the other hand, in South China (Guangdong, Guangxi and Fujian Provinces), the nian gaos are normally made of glutinous rice and can be either sweet or savoury. The people there enjoy adding nian gao to meat, vegetables, and hotpot. 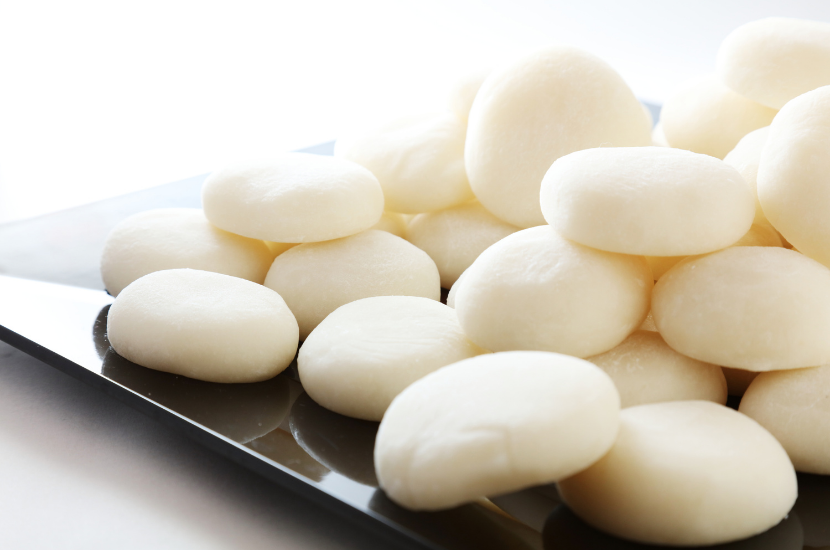 In Zhejiang, the most common nian gao is the water-mill rice cake. They are called water-mill rice cakes because washed rice is soaked in water for more than three hours or are soaked overnight, and then milled before it is steamed. The rice cakes can be eaten with red bean soups, vegetable soups or stir-fried with Chinese sausages and vegetables.

Most of the Shanghainese like to stir-fry their sliced nian gao, also known as chao nian gao (炒年糕). You can make a delicious meal by frying nian gao with pork and bok choy and give it flavour by adding condiments such as light soy sauce and other condiments.

In Chongming district in Shanghai, the people make Chongming cake during Chinese New Year. It is made of glutinous rice, white rice, brown sugar, white sugar, bean paste, and jujube. The ingredients are mixed and then steamed. You may add nuts or fruits after the cake has turned translucent. Overall, the Chongming cake has a whitish appearance with chunks of dates and fruits wedged inside it and makes for a delicious dessert.

The best lard nian gao can be found in the “Daoxiang Village Tea Shop” in Guanqian Street, Suzhou. There are four flavours of lard nian gao; rose, Osmanthus, jujube, and mint. These nian gaos have a bright colour, are sweet and rich in flavour but are not greasy.

The cake should be thinly cut into slices, immersed in cracked eggs mixed with flour and then pan fried. 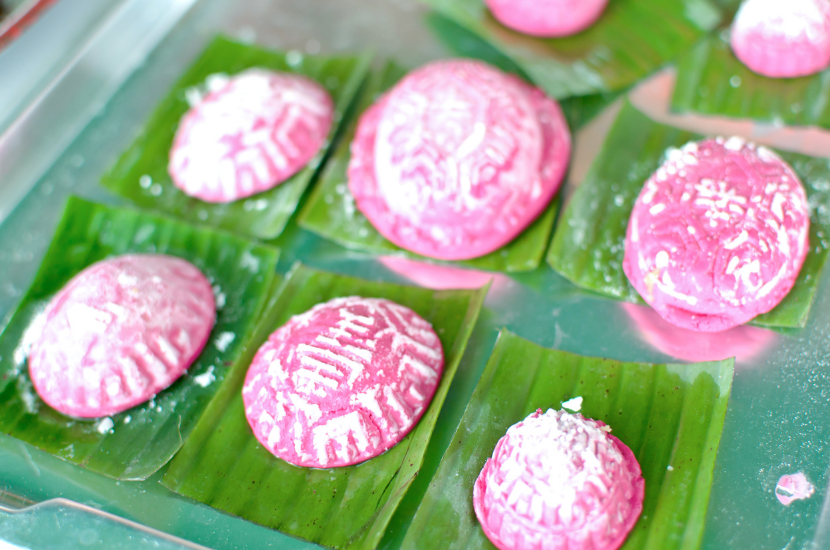 This is also the ang ku kueh that we see in Peranakan stalls, bakeries, and markets today. However, they are not originally from Peranakans, but from South Fujian. They were found in Xiamen, Zhangzhou, and Quanzhou in China, as well as Taiwan and were then passed down to Southeast Asia. Ang ku kueh is made of glutinous rice flour wrapped with peanuts, green beans, or red beans. The Peranakans added their own touch by infusing it with coconut milk and oil. The kueh is shaped into a tortoise because tortoises are known to have long lives. Hence it is moulded in a tortoise shape to represent longevity, prosperity, and wealth. It is an auspicious food item offered to the deities during Chinese New Year and other festivals, although now it is commonly eaten as a snack. 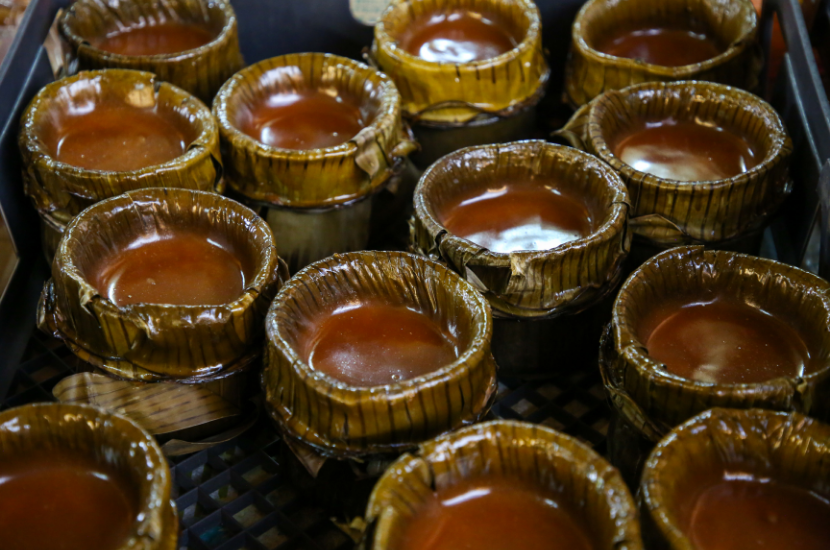 They are called tian ba (甜粑), or ba kuang (粑筐), because they are steamed in baskets. These cakes are the traditional round shaped nian gao and they are smooth, soft and tastes sweet. The ingredients used are glutinous rice, water, brown sugar, sesame seeds and red dates.  These ingredients are mixed and steamed for long hours to ensure that they are thoroughly cooked. They are usually made during the twelfth month of the lunar year to be given as gifts to friends and family. They are also usually used for ancestral worships and as offerings to gods on New Year’s Eve. 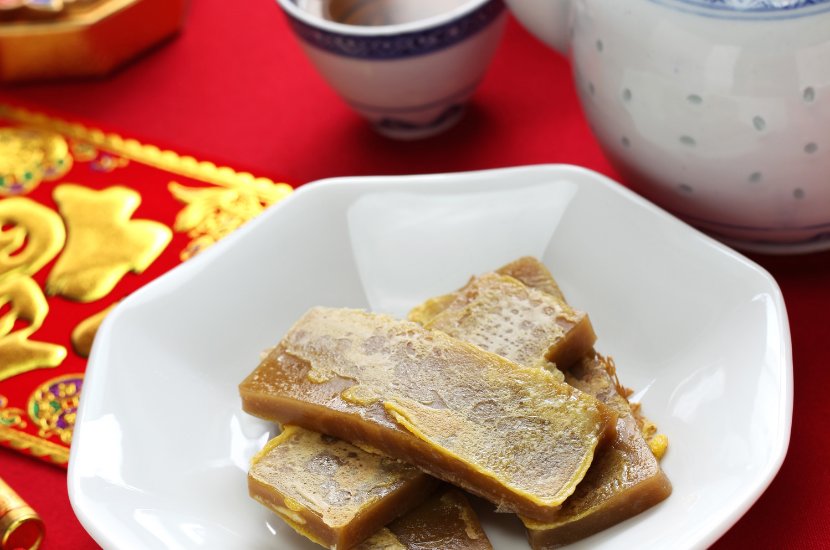 The resultant cake can be cut into slices and fried to be eaten as a snack that is popular amongst youths. These nian gaos have a long shelf life of up to six months if kept in the refrigerator and up to one week if stored at room temperature. Hence, they are the most common type of nian gao eaten in Singapore and are sold in the Chinatown street stalls.

It is a geographical indication food product also known as “Yiyang Dahe rice”. It is said to have originated in the Tang dynasty 1200 years ago. The Dahe rice is the most important ingredient in this dish and it requires three steaming equipment and two hundred hammers to process the rice. The result is a rice that is as white as snow, as clear as jade, as tough as any other rice cake but smooth and not sticky. This Yiyang nian gao can be steamed, fried, or boiled and tastes salty and sweet.

There are two kinds of Mengzi rice cakes, red rice cake consisting of brown sugar and rose sugar and the other is white rice cake consisting of white sugar, sesame, ham, and peanuts (without the shell). The former tastes sweeter due to the higher sugar content while the latter tastes both savoury and sweet due to the saltiness of ham. The rice cakes are baked on a coal stove with a rack placed on it. This results in the rice cakes having a crispy slightly charred outer layer with a chewy and sweet interior. 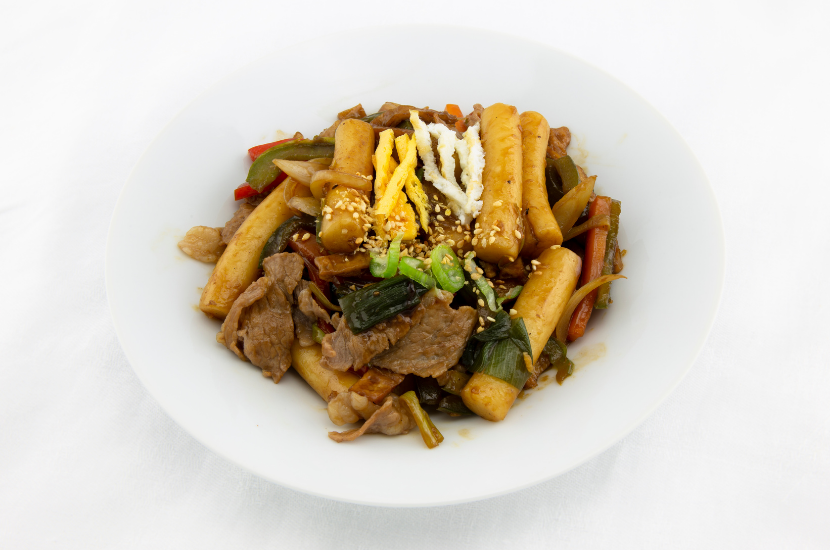 The rice cakes can also be stir-fried (as seen above), otherwise known as da jiu jia (大救驾). It is a dish that consists of meat, ham, eggs, mushroom, carrots, spinach, and other condiments.

How to choose nian gao

Ultimately, the type of nian gao that you should choose depends on the time that you are willing to spend to make them, as the traditional nian gao takes many hours to steam. You may purchase them easily in Chinatown and hence it may not be a good idea to make them yourself. Your choice is also contingent on your preferences, specifically whether you want to eat it as a meal or as a dessert and whether you prefer savoury or sweet. Finally, your choice is also dependent on whether you have the required equipment to knead the flour and to steam it.

We hope that this article has given you an inkling of the different types of nian gao and the ways to eat them. Have a Happy Chinese New Year and may you advance in status and prosperity!