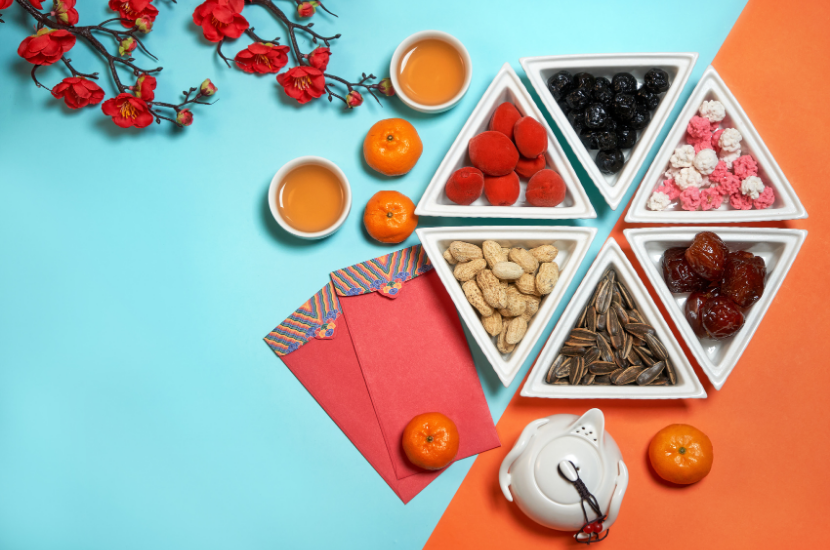 There is a plethora of delicious goodies that are offered in the market. For those stuck in a dilemma of what to choose, we have rounded up the top 10 Chinese New Year goodies that we think are a must-have and make for good snacks and desserts.

They are mini spring rolls filled with hae bee hiam inside. Hae bee hiam is a sambal paste that is made up of ground shrimps, chili, sugar, salt, and some spices. The result is a savoury and crunchy snack that is deliciously addictive. They are eaten during Chinese New Year as shrimps are said to bring happiness and wealth, while the spring rolls look like gold bars and hence are thought to bring wealth as well. This snack is a must-have so get some prawn rolls today! 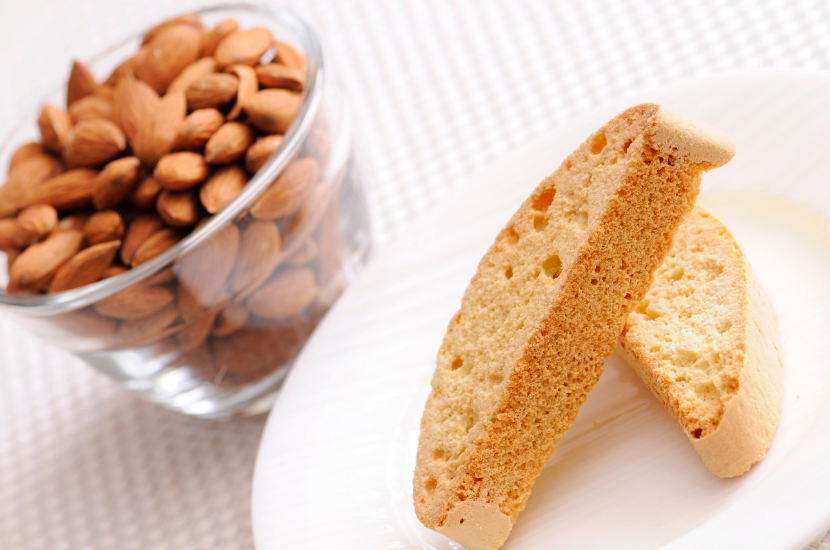 These biscuits are niche, but if you love it, you love it! Almond biscotti has Italian roots and even though they have a hard and rough texture, they loosen up when in contact with a liquid. Hence, they are usually dunk in coffee and eaten during teatime or while conversing with friends and relatives in the Chinese New Year season.

Bakkwa are thin slices of barbequed pork that have a texture of a jerky. Bakkwa originated from Fujian in China where meat was only eaten during special occasions such as Chinese New Year. It is called bakkwa because it means dried meat, translated from dialect language. It is also called long yoke in Cantonese, which means to have prosperity. Bakkwa is eaten during this festive season because of its colour red, which is an auspicious colour and brings forth positive energy. During Chinese New Year, you can see snakes of queues of people wanting to buy bakkwa as gifts as it is an indispensable goodie for every household. Bakkwa is a very satisfying snack, to tear the jerky bit by bit and taste the delicious sweetness of it.

Nian gao (年糕) is a lucky food eaten during Chinese New Year because of the word gao, which sounds like the word gao (高) for “high or tall”. Thus, it is consumed by people with hopes that every year they can rise in ranks, positions, and status. It is made up of sticky rice, chestnuts, Chinese dates, sugar, and lotus leaves. You can find it everywhere in Chinatown’s Chinese New Year stalls. It makes for a good, sweet dessert and hence is included in this list. 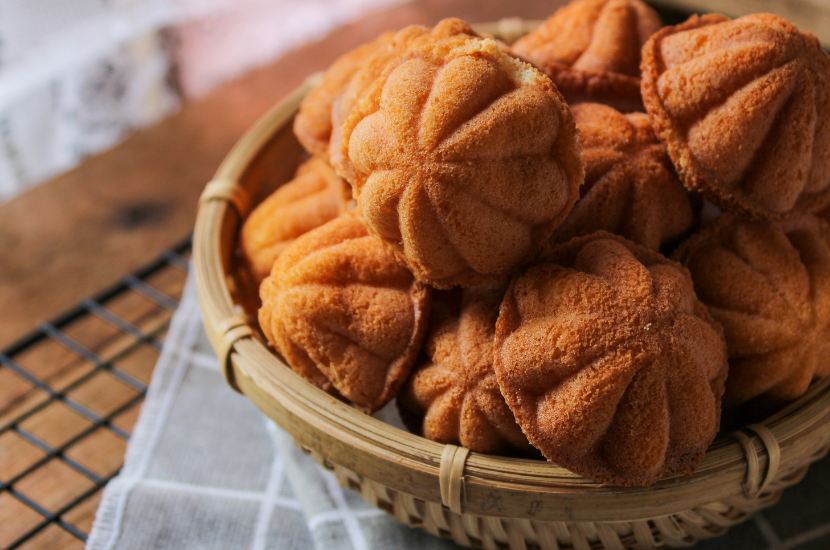 In case you didn’t know how kuih bahulu look like; they are mini sponge cakes in the shape of a fish or a dome shaped flower. They originated from Malaysia and were precious goodies eaten during Chinese New Year as ovens were not common in those days. Hence, they were baked over charcoal fires which was a tedious process. However now they can be found everywhere such as in bakeries. They are included in this list because they are easy to eat and loved by all ages.

Also called the Tray of Togetherness, this octagonal tray contains sweet treats, nuts and seeds filled in its eight compartments and is usually served to welcome guests during Chinese New Year. The sweets symbolize a sweet year while the seeds represent having many children and descendants. The tray has eight compartments because the Cantonese word for eight is paat, which sounds like prosperity. You may be creative and fill it with your own variations of sweets and nuts. 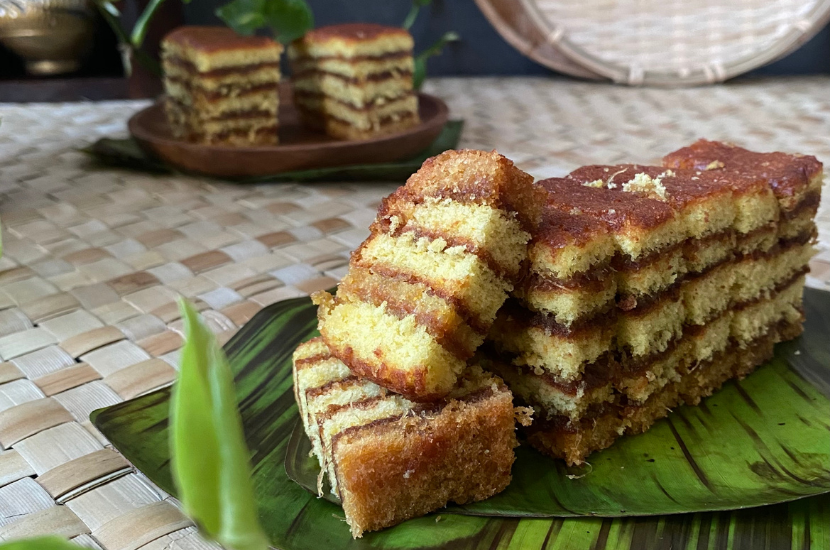 Kueh lapis hails from Indonesia and consists of many layers of butter cake. It is rich in egg flavour, buttery and moist and thus makes for a delicious dessert. The cake is eaten during Chinese New Year as the many layers of the cake represent longevity. 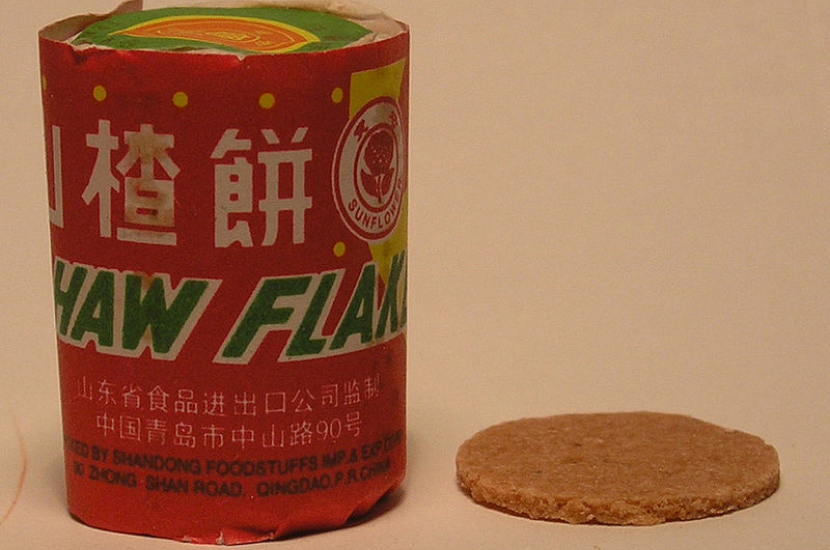 Haw flakes are thin disk-shaped candies that most should remember from their childhood. They are made from hawthorn berries that supposedly provide medical benefits such as removing parasites from one’s gut. However, we cannot expect this simple candy to work such miracles. Nonetheless, eating this candy brings back fond memories and perhaps it’s time we start to enjoy the simple pleasures in life.

We hope that this list has given you some ideas of the various Chinese New Year goodies that you can purchase to treat yourself and your loved ones this season. Our goodies at cnycookies.sg are halal certified (except Tempeh chips) and we offer a 100% money back guarantee, so you can shop confidently. With that we wish you 新年快乐，万事如意!