Origins of The Zodiac And Horoscopes For CNY 2021 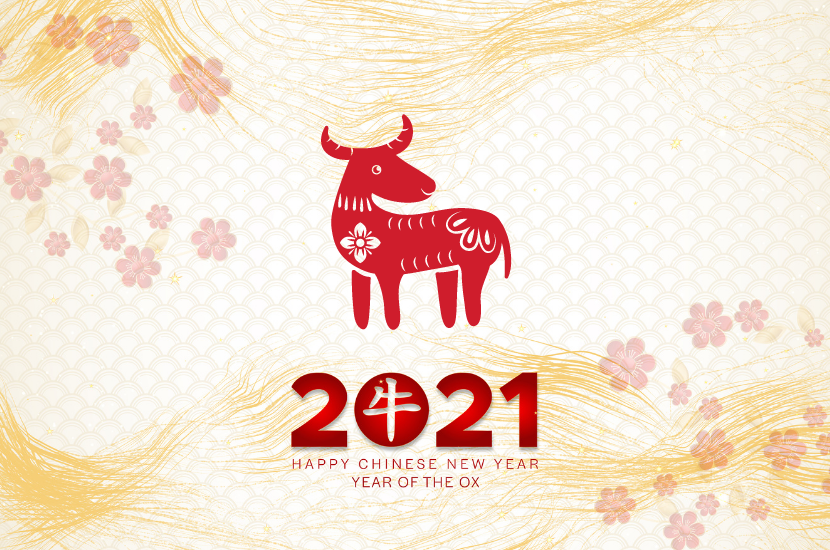 Chinese Zodiac Story and Horoscopes For 2021

Chinese New Year falls on 12 February this year, which is also the Year of the Ox! Find out more about the story of the great race and the horoscopes of the different animals for 2021, in this article.

The Chinese zodiac consists of twelve animals that are used to represent years in China. Each animal represents one year and the cycle repeats after the twelve years. The Chinese zodiac is an important part of the Chinese culture as it not only represents years but also determines the compatibility of two people, their nature, character, and even their job or fortune. One thing to note is that your zodiac animal assigned is not according to your Gregorian year of birth, but rather, the Chinese lunar calendar. Those born in January or February would have to check your zodiac animal as they will differ from your peers.

The Chinese zodiac existed before the Qin dynasty (221 -207 BC), as excavated bamboo books had evidenced. The 12 animal cycles system was also complete in the Eastern Han dynasty (25 – 220 AD). However, how the zodiac came about remains a question and we can only rely on folklore.

Legend has it that there was a Jade Emperor who wanted to choose 13 animals to be his guards, so he created a race spanning across a river, ending by the heavenly gate. Whichever animal that passes the gate first would have the highest score.

It was said that the Emperor wanted the ox to win the race for it was diligent. However, when the ox was about to cross the river, the smart rat jumped on top of it while the ox was unaware. The ox had unknowingly helped the rat crossed the river and when they were reaching the shore, the rat jumped ahead of the ox and passed the gate first, thereby winning the first place and the ox the second.

The tiger had zealously fought against the weight of the water and emerged the third place. The rabbit on the other hand had some troubles and relied on a piece of wood to propel it to the shore, earning itself the fourth place.

Next was the dragon, soaring over the clouds and emerging fifth. The dumbfounded Emperor (who had high hopes for the dragon) questioned the dragon about why it did not come in first. The dragon’s answer was that it saw fire in the paddy fields belonging to a village and had helped to blow the fire out, and hence was delayed. It had also helped to blow a gush of wind to propel the rabbit. Hearing this, the Emperor was pleased at the dragon’s magnanimity.

The horse was next, but as it was approaching the shore, a sly snake suddenly slithered across the grass and took on the sixth place. Hence the disappointed horse could only become the seventh in the race.

Then came the trio – the rooster, the monkey and the sheep, paddling on a raft. Upon reaching the shore, the rooster and the monkey decided to let the sheep pass first as it had helped them to form friendly relations with each other. The monkey then crossed, followed by the rooster. Hence, they were in the ninth and tenth place respectively.

Following the trio came the dog. It was supposed to be a good swimmer, but because it had indulged and bathed itself in the warm waters for too long, it took the eleventh place. Alas, the twelfth and final place went to the pig, which had eaten too much and overslept, thus being the last.

2021 is the year of the metal ox and according to the Chinese zodiac, it is a year whereby people who work hard will get rewarded. This is because the ox is known to do laborious work and they are hardworking, hence those who follow suit will achieve success. In addition, since there is metal involved this year, the Feng shui masters advice people to adorn themselves with metal accessories to increase their luck. Lucky colours of the ox that people should take note of are white, yellow and green, to achieve wealth and prosperity.

You have to be prepared to face a lot of challenges this year. However, the rat loves to take on challenges, so these new obstacles will be an opportunity of promotion for you instead.

This year is the lucky year for the ox, so whoever that works hard will be rewarded. Family will be important this year, and singles will be married.

You need to be calm and cool-headed this year, to avoid confrontations and worsening of problems.

You should not have expectations from others or you may face disappointments. You may face problems in their health and love life as well.

You have enough power to overcome challenges. However, you must be detailed and conscientious in whatever you do.

You may need to think about starting new ventures deliberately. Cooperation with others will ensure that you have success.

You will have a good year this year, as businesses will be successful and the year will be smooth. However, you must pay attention to your relationships with others.

The areas of your job, family and finances may not be that smooth. However, if you rely on your friends for social support, you will do well.

The year may not bring you high financial returns, but your relationships with your family will be fruitful.

2021 is a good year for you, with your hard work achieving successes. Your family relationships will be blessed too.

There may be some small setbacks and you should think through your decisions carefully. With resilience, you will be able to overcome these setbacks.

For the businessmen, you will have profits and new contacts. However, your family relationships may be disturbed, so you will have to manage your emotions.

All predictions are taken from sunshine.org

All in all, the Chinese use the zodiac animals’ living habits and characteristics as a reflection of their own personality traits, natures and strengths and weaknesses. They also use these given personalities to predict how well they will fare for each year, and which animals complement or are compatible with each other. To those that believe in them, the Chinese zodiac is an important guide that can determine a person’s life. We hope that this has given you a greater understanding of the Chinese zodiac. We would like to wish you, health and prosperity in this Year of the Ox!